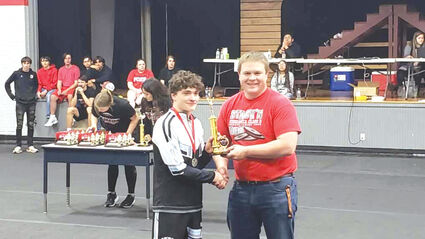 The 2022 Class D High School State Powerlifting Championships were held at Harvard High School, Friday and Saturday, March 25 and 26, featuring 11 of the top Class D powerlifting schools in the state.