Flags to be flown at half-staff 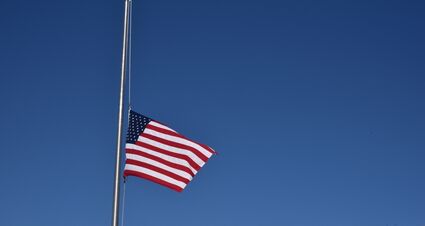 Governor Pete Ricketts, in accordance with a proclamation from the White House, announced that all U.S. and Nebraska flags are to be flown at half-staff to honor former Secretary of State Madeleine Albright.

Albright served as United States Ambassador to the United Nations from 1993 to 1997 and as Secretary of State from 1997 to 2001. She passed away earlier today according to a statement issued by her family.

Flags will be lowered to half-staff immediately and return to full staff at sunset on Sunday, March 27, 2022.