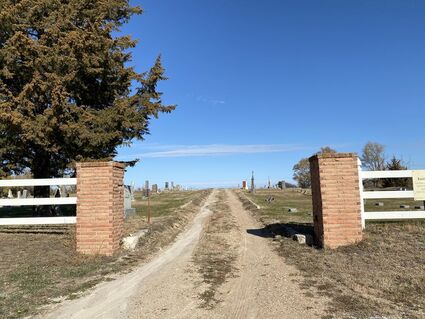 Updates • Road improvements, gravestone fixes and a directory are a few improvements slated for the Ewing City Cemetery. On Monday, village trustees approved a bid to pave cemetery roads.

Ewing City Cemetery will receive a much-needed facelift after village trustees approved spending $58,000 to pave roadways leading into the cemetery.

Trustee Dustin Wright made the motion, with a second from Dustin Jorgensen, to approve a bid from Joe Funk Construction, of Neligh.

Keno proceeds will be used to fund the project.

Funk said he will use concrete with 30% limestone and 4,500-pound test.

According to Funk most contractors use a 3,200-pound test concrete.

“Limestone will make concrete 30% stronger and in the long run, it will give you another 15 to 20 years on the life of the dri...