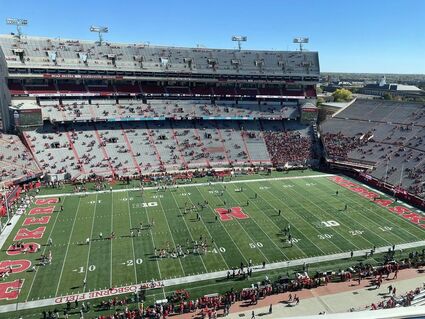 Upgrades • A facelift for Nebraska's Memorial Stadium is in the works, following feedback from a survey sent to Husker football season-ticket holders. Specific plans have yet to be released.

Nebraska football's rich history is intertwined alongside that of college football, and its home stadium is, too.

Ground broke on the first iteration of Memorial Stadium April 26, 1923, about 33 years after Nebraska football played its first game. The 31,080-seat stadium was ready in time for the following season, hosting Nebraska's 24-0 victory over Oklahoma in the stadium's inaugural contest in October 1923.

The rest is history.

Nebraska has sold out 382 consecutive games at Memorial Stadium, a venue that's served as the backdrop for many of the program's 908 all-time wins. The stadium,...