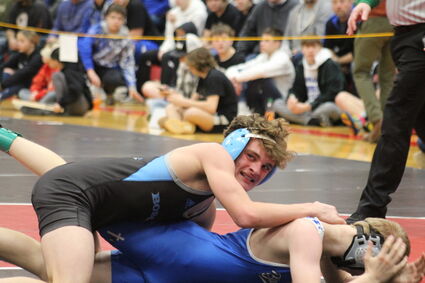 Heartbreak • Jesse Thiele battles and beats Noah Brichacek, Guardian Angels Central Catholic, to advance to the consolation semifinal. Thiele lost to Franklin's Keller Twohig in the next match, missing a chance to qualify for the state individual tournament.

The season continues for five members of the Bobcat boys' wrestling squad after advancing to the 2022 Nebraska School Activities Association Individual Wrestling Championships.

Also competing in this weekend's girls' state championship will be freshman Lenora Kester, who qualified in the 107 class during the Feb. 4 and 5 district at West Point-Beemer....