Falcons edge Bobcats by one point for conference wrestling crown 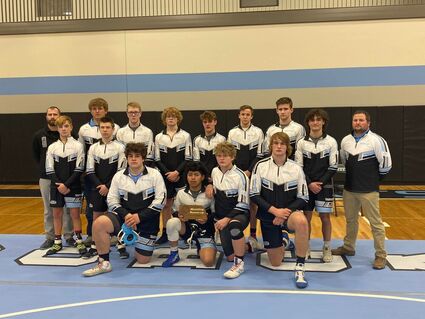 It came down to the final match and, at the end, Elkhorn Valley scored one more point than the Summerland Bobcats to earn the 2022 Niobrara Valley Conference duals title.

Against Summerland, the Falcons picked up wins in five middle-weight classes early in the dual.

Alex Thiele dropped an 11-10 decision to Nathan Halsey in the 126 class, while Jesse Thiele was pinned by Zach Hartl, in four minutes, in the 132-pound division.

The Bobcats did not field an entry in the 138 class, giving the forfeit to Tristan Smith.