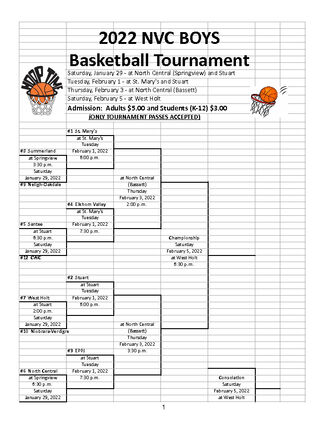 Roundball fans, get ready for a week of action as the 2022 Niobrara Valley Conference basketball tournament tips off Saturday, Jan. 29.

At Stuart, the Lady Broncos will meet Boyd County at 3:30 p.m. Stuart enters as the seventh seed, Boyd County la...