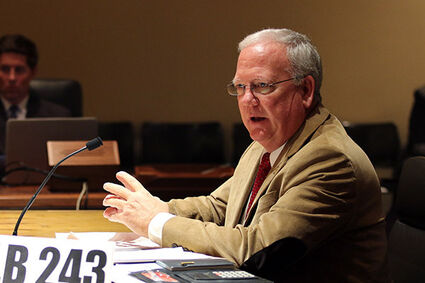 District #40 legislator, Tim Gragert, of Creighton, announced Sunday he will not seek a second term.

Nebraska State Senator Tim Gragert announced Sunday, he will not be seeking a second term in the Legislature in 2022.

Gragert was elected to the Legislature in 2018. After winning the Primary Election in a crowded field of six candidates, Gragert went on to win the General Election and has represented Legislative District 40 since being sworn into office in January 2019.

In announcing his intentions, Gragert said, "Serving the constituents of District 40 has been a great honor. I want to thank the voters for their confidence in me to represent them in Lincoln."

Serving in the Legisla...