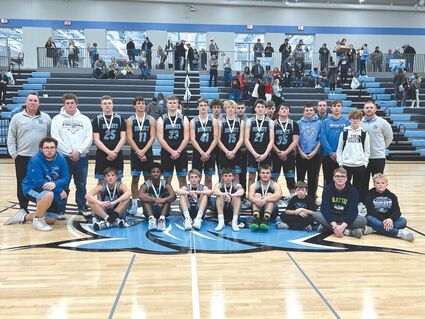 It was a tale of unbalanced quarters for the Bobcat boys' basketball team, during the Dec. 28 championship game of the Summerland Holiday Tournament.

Walthill limited the home squad to eight points in the first quarter, setting the tone by taking a 19-8 lead.

But the Bobcats clawed their way back in the second quarter, adding a baker's dozen to their efforts. They trailed 32-21 at the midway mark.

Summerland kept pace with the Blujays in the third quarter, but Walthill sealed its fate in the final stanza, outscoring Summerland 25-16, to take home the hardw...