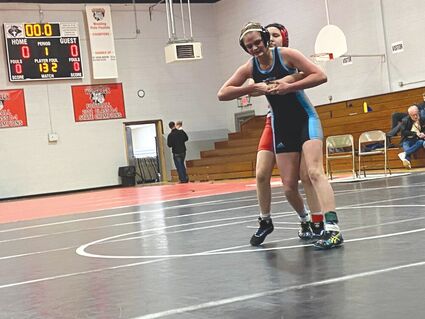 Sydni McConnell finished first in the 114-pound class. She faced the only other wrestler in the class, Shantell Mikkelson, of Madison. In the first match, McConnell earned a 5-4 decision and, in match two, won, by fall, in 3:10.

Lenora Kester finished second in the 107-pound division. She lost her opening round match, by fall, in 1:42 to Aubree Stutzman, of South Loup. In round two, Kester defeated Apple Paw, of Ma...