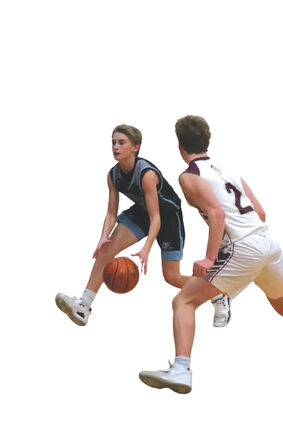 Game on • Sam Cheatum pushes the ball down court, Thursday, during Summerland's season opener against Neligh-Oakdale. The Warriors outlasted the Bobcats, 67-58.

Led by a strong performance from senior Mason Hoke, who scored 22 points in the contest, the Bobcats took control of the game, leading 16-15 at the end of the first quarter. Summerland extended the its lead to 32-29 at the half.

The Bobcats could only land nine points the third quarter, giving the Warriors a 45-41 lead going into the final eight minutes.