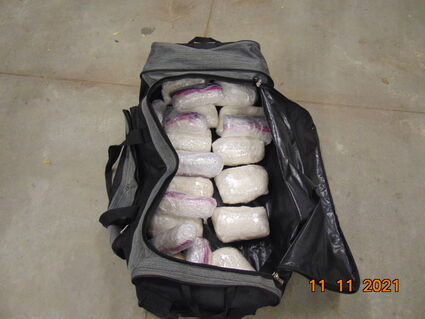 Troopers with the Nebraska State Patrol have arrested an Arizona man after locating 33 pounds of methamphetamine during a traffic stop on Interstate 80 in Hamilton County.

At approximately 10:05 a.m., Thursday, a trooper performed a traffic stop on an eastbound Nissan Altima near mile marker 338. During the traffic stop, the trooper became suspicious of criminal activity.