A Kenyan built a coffee bridge to central Nebraska 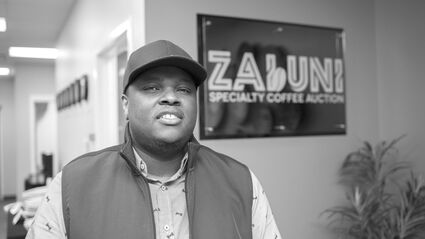 GRAND ISLAND - The question rolled around in Laban Njuguna's mind long before he took action.

Upend his life to sell Kenyan coffee? In Nebraska?

He daydreamed about the idea as he hauled grain for farmers in the Grand Island area. It spilled out in long late-night conversations with his wife, Cora.

Friends and family grew coffee in his native Kenya. He lived in the United States, the largest consumer of coffee in the world.

Njuguna's logical side told him that he knew nothing about the coffee industry, much less international trade.