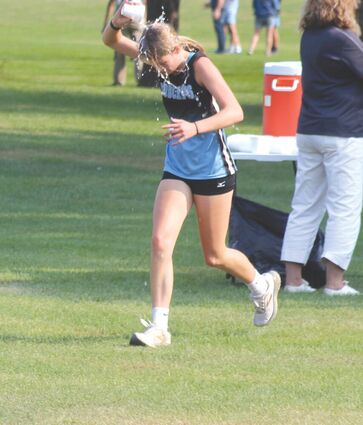 Aislynn Kester cools off halfway through the course at Butte. She finished 11th in the meet.