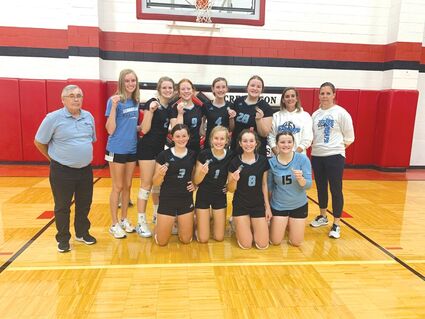 The Lady Bobcat volleyball team sits at 4-9 on the season after winning two of seven sets during three days of competition last week.

The Bobcats broke in the new gymnasium Sept. 7, hosting a double triangular. The new school shine didn't cast a strong glow on the Bobcats, as they lost 2-1 to both Stuart and Elgin Public/Pope John.

On Sept. 9, the Cats traveled to Norfolk for a triangular.

Summerland pushed host Norfolk Catholic in both sets, but came up short, with 27-29 and 22-25 losses.