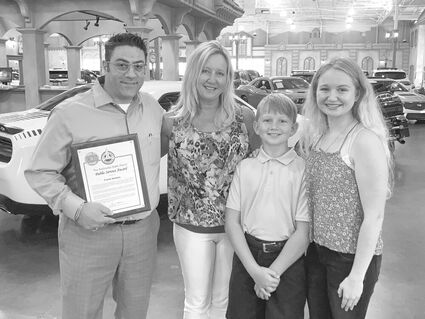 On Tuesday, the Nebraska State Patrol presented a citizen Public Service Award to Frank Axiotes for his heroic efforts to save two people from a burning vehicle, following a crash on Interstate 80 in Lincoln last year.

The crash occurred Sept. 25, 2020, near mile marker 403 in Lincoln. Axiotes was eastbound on I-80 when he witnessed the three-vehicle crash in the westbound lanes. Axiotes pulled over, ran across the eastbound lanes, and began attempts to assist those involved in the crash.

The crash caused a fire that spread among the vehicles.

Axiotes ran to a Chevrolet Trailblazer that was...