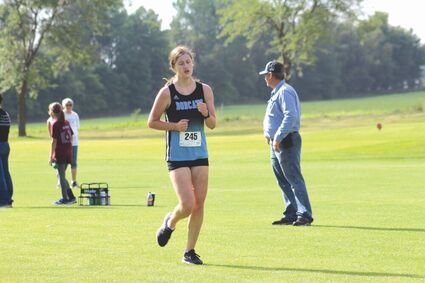 Round the bend • Danielle Schrunk heads into the final stretch of the race at Calamus Golf Course, Aug. 26. Bobcat cross country team members earned three medals at the meet.

In the girls' division, Kester finished 13th. The second-year veteran runner crossed the line in 19:29.

After the race, Kester said she felt good about her performance.

Danielle Schrunk and Ellie Dougherty also competed in the meet. Their times were not available.