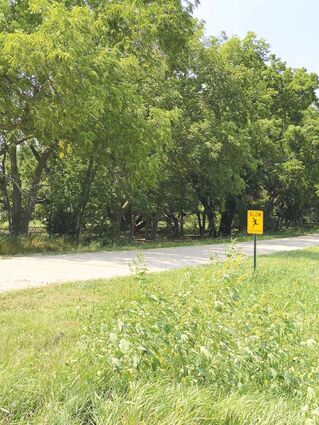 Slow down • A three-mile stretch of 868 Road, near Page, was discussed during Monday's Holt County Board of Supervisors meeting. Residents expressed concerns about traffic speed between 501 and 504 avenues.

Concerns from landowners about the speed of traffic, traveling on a three-mile stretch of 868 Road, north of Page, were brought to the attention of Holt County supervisors during Monday's meeting in O'Neill.

Dan Hanlon, of Page, said people"fly by" at high rates of speed between 501 and 504 avenues.

At least three residents along the stretch, who have children and grandchildren, have posted yellow caution signs noting children are in the area.

One of the signs, posted by a residence near the intersection of 868 Road and 504 Avenue, includes a speed limit of 25 miles per hour.