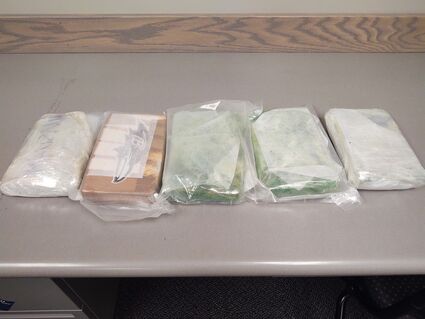 NSP officers found 11 pounds of fentanyl during a traffic stop near Lexington on Monday.

Troopers with the Nebraska State Patrol have arrested one person after locating 11 pounds of fentanyl during a traffic stop in Dawson County.

At approximately 11 p.m. Monday, a trooper observed an eastbound BMW sedan with defective lighting traveling on Interstate 80 near Lexington, at mile marker 235. The trooper performed a traffic stop. During the traffic stop, the trooper and a Dawson County Sheriff's Deputy observed marijuana in plain view inside the vehicle.

A search of the vehicle revealed a small amount of marijuana and 11 pounds of fentanyl.