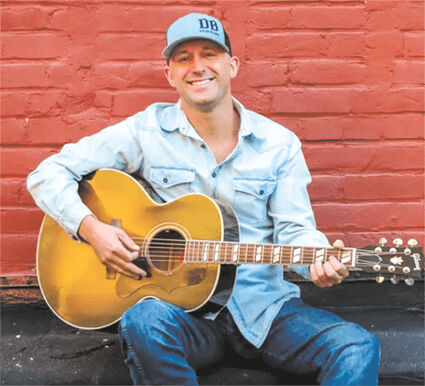 Concert favorite • Dylan Bloom will perform Saturday at the Holt County Fair. He sang in Orchard, July 23 and was the opener, in June, for the Clearwater Rodeo.

It only seems fitting that Dylan Bloom's music career is blossoming.

A native of North Bend, Bloom's grandfather, Greg "Jeep" Bloom, was inducted into the Nebraska Rock and Roll Hall of Fame in 2001 and played with

"He spent the '60s and '70s and some of the 80s playing ... and packing dance halls," he said. "People would come out in the hundreds and thousands and pack these dance halls. That would've been a neat time to be alive."

In fact, he was prepping to leave on a gig when Bloom's mom announced she was in labor.