Rodeo distributes more than $26,000 to contestants 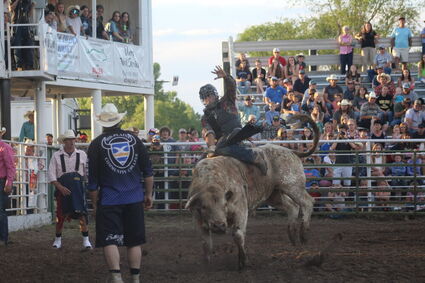 Falling flat • A bullrider tries to hold on for a qualifying run during Sunday evening competition at Clearwater's Big Rodeo. His dreams fell short after he was bucked off after a few seconds in the ring. Seven states were represented during the 54th annual event, June 25 to 27.

No contestants qualified with an eight-second ride in bull riding.

Austin Hurlburt claimed the top spot in calf roping, in 9...