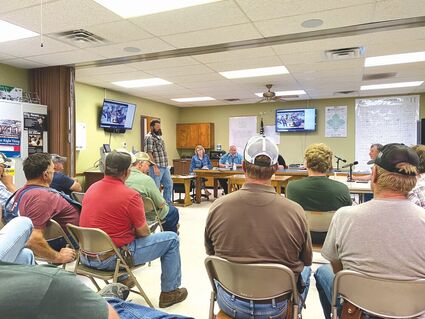 The condition of a stretch of 516 Avenue, from Highway 275 north two miles, consumed nearly 60 minutes during Tuesday's Antelope County Commissioners' meeting, in Neligh. Commissioner Eli Jacob, who represents Clearwater, expressed concerns about excessive dust on the road since the oil surface was milled and replaced with Sinclair gravel.

"I was told when we ground it up that it would be a year and we'd get an overlay. It's been a year this spring and we don't have an overlay yet," Jacob said.

Road superintendent Aaron Boggs told the crowd and commissioners the project would take at least...