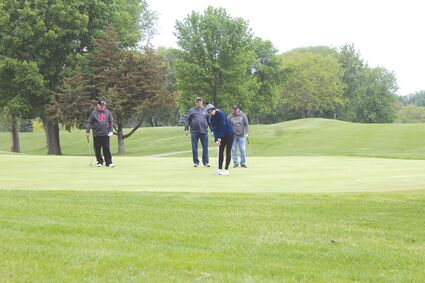 For a good cause • The first Summerland Booster Club golf tournament, held May 29, brought in $1,200 for the Bobcat golf team. Approximately 15 teams competed in the event organized by Aaron Kruger, Craig Flenniken and Bruce Flenniken.

The May 29 event featured a nine-hole tournament, with four individuals competing per team.