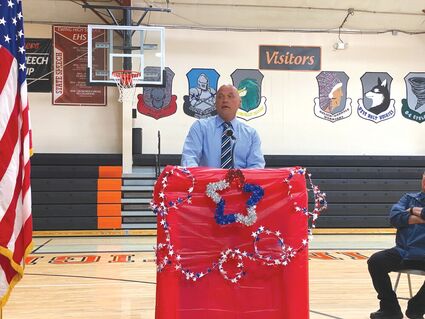 "Service members cannot do what they do with out sacrifice, and without the sacrifice of their family."

The Ewing native, a chief warrant officer 5, has served in the Army Reserves since 1989. He has completed three tours of duty, including Operation Enduring Freedom, Operation Iraqi Freedom and Operation Inherent Resolve. He has been a member of the Omaha Police Department since 1992 and currently works in the internal affairs unit.

He presented the keynote address at the Memorial Day program, sponsored by Sanders American Legion Post #214. In...