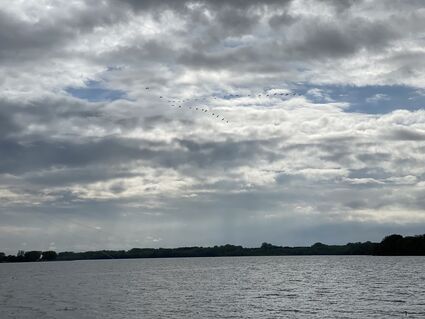 Swimming beaches will be closed at Willow Creek Lake, near Pierce, after a health alert for harmful algal blooms was issued. Fishing and boating will be permitted.

The State of Nebraska has issued a health alert for harmful algal blooms, also known as toxic blue-green algae, at Willow Creek Lake in Pierce County.

Samples taken earlier this week at Willow Creek Lake were above the health alert threshold of eight parts per billion of total microcystin, which is a toxin released by certain strains of blue-green algae. Based on recommendations issued in 2019 by the U.S. Environmental Protection Agency, the state of Nebraska adopted this limit after concluding that the new EPA threshold is based on the best scientific evidence available and is protective o...