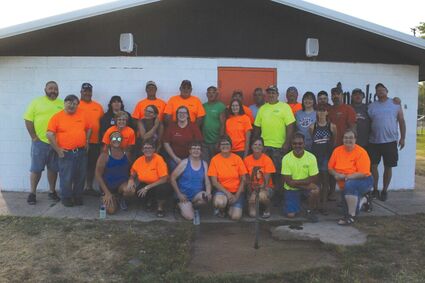 Community organizers • Members of the Ewing Young Members Club gather during the village's 2017 July 4th celebration. Following this weekend's 150 plus one celebration, many members will "retire" from service and turn over organization of events to younger associates.

They’ve conducted fundraisers and reinvested in the community.

Now, after nearly 26 years, those who are part of the Ewing Young Members Club are ready to relax and let the next generation of leaders organize the fun.

Greg Thramer, one of the club’s founding members, said ap...