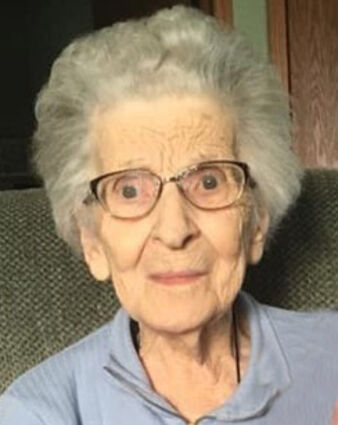 A Mass of Christian Burial will be Saturday, May 15, at 10 a.m., at St. Francis of Assisi Church in Neligh, with the Rev. Pat Nields officiating. Interment will follow at St. Theresa's Cemetery, Clearwater.

Levander Funeral Home of Elgin is in charge of arrangements. Condolences may be sent to the family at http://www.levanderfuneralhome.com.

Lucille Frances Allemang, daughter of Nicholas and Frances (Zimmerman) Goscha, was born June 26, 1928, at Clearwater. She was baptized and confirmed at St. Theresa's Church in Clearwater, attended Clearwater Public Schools and graduated in 1945.

On May 11, 1950, Lucy married Ted W. Allemang at St. Theresa's Church in Clearwater and the couple made their home on a farm north of Clearwater, where they lived, farmed and raised their children. In addition to being a homemaker and helping on the farm, she opened Lucy's Hobby Shop in Clearwater in 1979 and the Flower Corner in Neligh in 1982. In 1991, they moved from the farm to a home in Neligh where Lucy lived until her death.