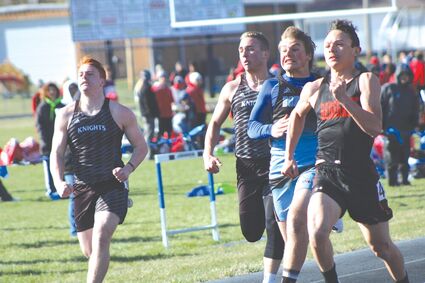 At the April 13 North Central Invite, in Bassett, the boys' team scored 24 points, finishing in seventh place, while the girls' squad ended in fifth, with 37 points.

Coach Shannon Schumacher credited the teams on a "great job" at what turned into one of the longer meets of the year.

"They competed against some strong competition and improved on a lot of their times and marks, their hard work is starting to show," he said.