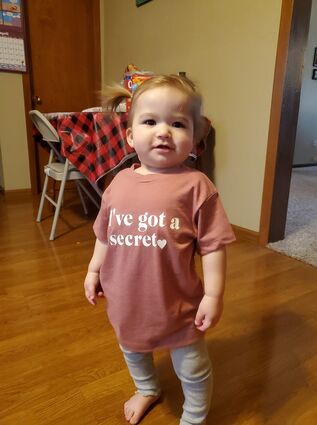 Hazel has a secret to share – she's going to be a big sister!

My wife, Christina, and I are expecting our second child later this year. Her due date is Oct. 29.

It seems so surreal. It's difficult to believe Hazel's almost 18 months old and we now have another kid on the way.

I'm thrilled at the thought of raising two children, but I'm also terrified. I've gotten used to being the father of one kid, but two?

Another child marks another major life milestone. It will be a huge adjustment, but Christina says we'll be just fine.

At least with having two kids so close in age, she...