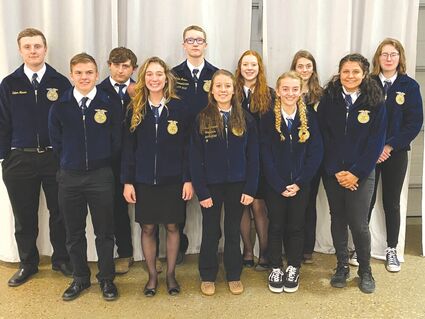 Summerland FFA chapter had numerous members compete at state FFA events this year. Events were held virtually at the end of March and beginning of April.

Also qualifying for state was the ag sales team of Cronk, Morgan Erhardt, Avery Cheatum and Larissa Thomson. Cheatum was not able to compete at state, so Collin Mullins filled in.