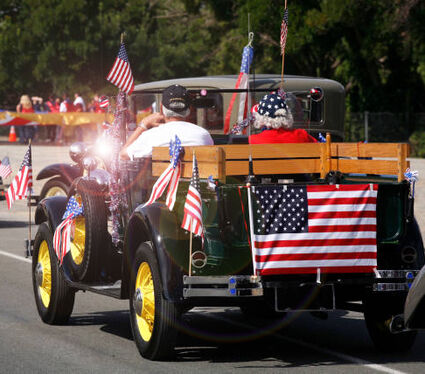 Registration for the Ewing FunFest 150 + one parade is underway.

Stars and stripes will headline the Ewing 150 + One FunFest parade, planned for Saturday, May 29.

Registration for the event will be accepted through May 20. Forms, which appear on Page 8 of this week's edition, are due to Chantelle Dempster at PO Box 362, Ewing, NE 68735.

Lineup for the parade will begin at 11:30 a.m., at the football field. 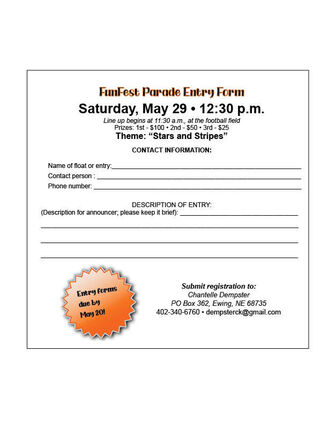 Registration forms for the Ewing FunFest parade are due May 20.