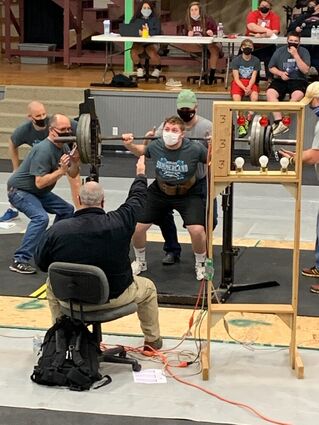 The Summerland Bobcat lifters competed in the championships and came away with the high school boys, girls and co-ed team championship trophies!

Coach Jeff Shabram said, "All Summerland lifters had impressive performances, with everyone setting personal bests. Also, every school record was either tied or broken," he said.

Three special trophies were awarded to the outstanding individual male and female lifters of the meet, based on the Wilkes coefficient index.

"We can proudly state that all of these special awards went to Summerland lifters. Larissa Thomson, Cody Wickersham (light boy) and Trevor Thomson (heavy boy) earned the awards," Shabram said. "It is rare that one school can claim the girls' and boys' outstanding lifter trophies. What an accomplishment for Larissa, Cody and Trevor."

The top co-ed team trophy is a mix of the top boys' and girls' lifters. Summerland brought home gold, while Amherst placed second and Harvard, third.

Shabram said Summerland had a total of nine individual state champions in their respective weight classes.

"We also had one exhibition lifter," Shabram said. "Sierra Thomson, who earned gold in the 97-pound girls' class.

In the girls' competition, Larissa Thomson was crowned state champion in the 123-pound weight class. She broke her own school record in squat, 215; total, 635 and strength index, 5.44.

Kylie Hewett earned the championship in the 105-pound class, while Savanna Ferris finished in the runner-up spot in the 165-pound division.

Trevor Thomson established a deadlift record, at 265 pounds and set the strength index at 5.99.

Shabram offered congratulations to all lifters and teams for their performance.

"Thank you for your outstanding behavior while representing our school and for showing a lot of class towards all competitors. 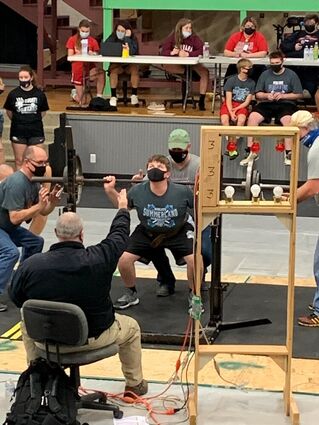 The final meet of the school year will be the Orchard AAU powerlifting Meet, saturday, April 10, at the Orchard site gym.

"Because this is a sanctioned AAU event, the talents of both high school and middle school Summerland girls' and boys' lifters will be on display for the home crowd, along with many other lifters from around the state, including professionals from Lincoln and Omaha again," Shabram said. "This meet has grown into one of the largest sanctioned meets in the state over the past 14 years, seeing numerous state, American and world records set each year. Hopefully we can have an amazing performance this year."

Lifting will begin at 9 a.m.