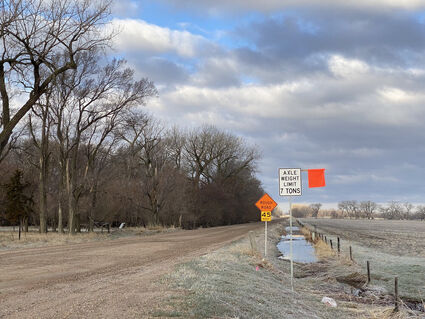 Knox and Holt counties have restrictions currently in place.

According to Boggs, Holt County implements a speed limit restriction, with trucks allowed to go up to 40 miles per hour on asphalt roads.

"I think it's more beneficial to put a weight limit instead of a speed limit,"...