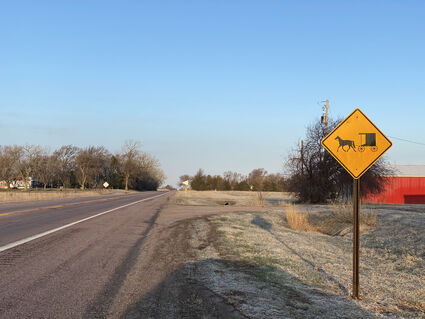 Traffic alert • A road sign, alerting traffic to potential horse and buggy traffic, is posted near the westbound lane of U.S. Highway 20, on the outskirts of Orchard. No additional signs are posted between this spot and the 45B spur, approximately five miles west.