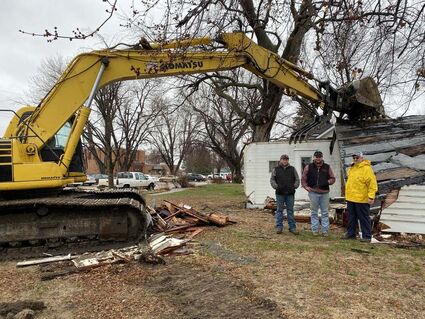 A group of Clearwater residents are building on the future of the village's housing stock.

And, they're banking that other residents want to build on the future, too.

The Clearwater Community Development Group, LLC, is in the formation process and will host an informational meeting for community residents, Sunday, March 28, at 7 p.m., at the American Legion, to discuss plans for construction of single-family housing units in the village.

A recent housing study, conducted by village officials, identifies a lack of adequate housing in the village for prospective employees.

"The study the town did reaffirmed everything we were talking about," Bill Thiele said. "The other thing that spurred us on, in my mind it's almost comical, it's almost a constant topic of conversation."

According to Curt Thiele, the lack of housing in the village "has been the talk for 10 years."

"Nobody's really stepped up and got moving forward with things," he said.

"We've come to the conclusion, for the betterment of the community, we need to keep the nucleus of the town alive," Bill Thiele said.

Curb appeal, whether in residential areas or downtown, is a powerful tool.

Survey results not only show a need for housing, but a demand to develop Main Street and continue cleanup of vacant lots and structures in village limits.

Bill Thiele said the development group has been "dreaming and scheming" how to make housing projects a reality, including potential development of new sections in the village.

Group members believe starter homes, for singles or couples, will be in demand.

"There are people who want to live in a rural community, but there's nowhere to go," Bill said.

Currently, the group has secured a couple lots which will undergo clean-up prior to construction of an 1,100- to 1,300-square-foot home.

"We would like to start with one or two homes," Bill said.

The initial unit will be constructed near the intersection of Iowa and Sixth streets. Demolition was expected to start March 23, pending weather conditions.

The corporation plans to capitalize on the local grocery store model, where community members have an opportunity to make an investment as a shareholder. 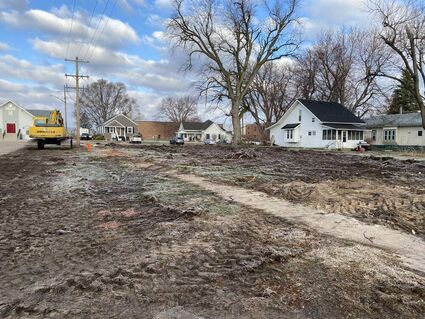 Clearwater Community Development Group plans to construct a single-family home on a lot, near the corner of Iowa and Sixth streets, in Clearwater. The group will plans to hold a community meeting, Sunday, to discuss investment opportunities.

"Based on the number of people telling us how bad Clearwater needs this, it's what we propose to do again," Bill said. "We're proposing to put together a group of people interested in the health and wealth of Clearwater."

According to Bill Thiele, the goal is to keep rolling over investments into new housing projects as one is built and sold.

Potential assistance for lot sales could come in the form of LB 840 funds.

Village board members approved a standard of $5,000 per housing unit at the March 8 trustees' meeting.

CORE financing may also be an option.

The development group will bid construction of each house, which will be turnkey.

"Houses will be for sale, not for rent," Curt Thiele said.