The cornerstone of Clearwater 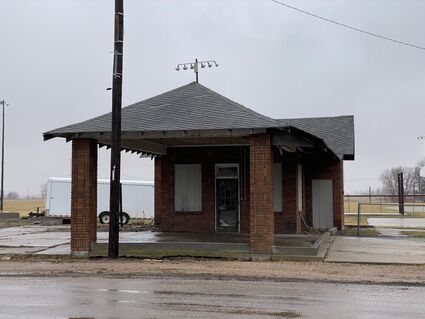 Saving history • A former gas station and telephone office, located on Nebraska Street, will become a historical center in Clearwater.

The brick building that anchors Clearwater's Main Street will be refurbished as a historical center.

Clearwater Village Board of Trustees approved a proposal by a newly-formed group, the Clearwater Historical Society, to renovate the structure that sits along Nebraska Street.

Carla Jacob told trustees, "We have a group of people who are interested in pursuing the building. We are aware it will take a significant amount of money. We have a few plans in mind already."

The group plans to form a 501(c)(3) organization and begin a fundraising campaign to refurbish the building.