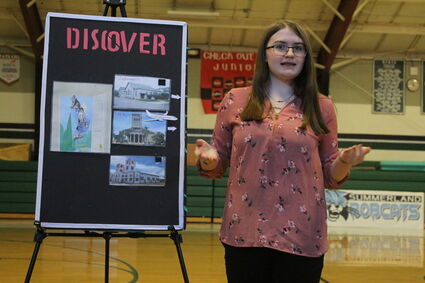 Presentation mode • Faith King presents an informative speech about the Jonestown massacre during an impromptu practice session in Clearwater. The Summerland student, along with her teammates, competed in the Niobrara Valley Conference Speech Meet, Monday, in Elgin.