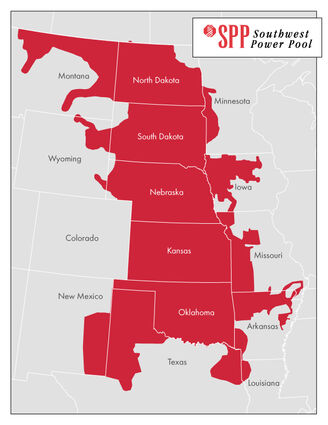 The SPP is a regional transmission organization overseeing the bulk electric grid and wholesale power market in 14 states, including Nebraska.