Grebin takes route to title one match at a time 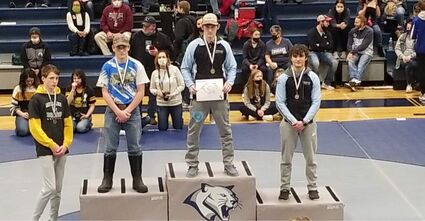 Summerland senior Rafe Grebin relied on it prior to Friday's Central Valley Invite.

"I knew I needed to pick up at least three wins without any losses to even up my record so that I am seed-able for subdistricts," he said.

Once he saw the bracket for the 126-pound division, he realized he wasn't going to get as many matches.

He looked at the eight-man bracket and that's when he knew what he needed to do.

"At that moment, I realized that I needed to win the tournament. I had to go 3-0 on the day. I was fourth seed going into Friday's meet."