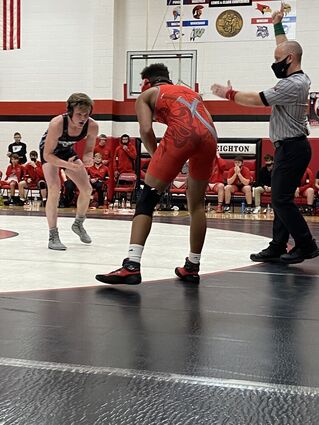 Summerland wrestlers one a match and lost another at the Jan. 14th Creighton triangular.

Alex Thiele earned a win, by fall, over Noah Morland. Thiele pinned his opponent in 2:25.

Norfolk Catholic wrestlers earned a win, by forfeit, in the 152-class. A double forfeit was recorded at 113.