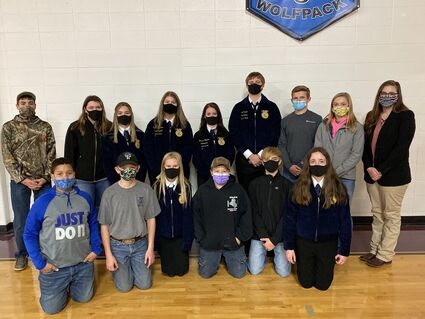 The Summerland Chapter took 14 students to the Dec. 16 event, held at Emerson-Hubbard.