Get the show on the road 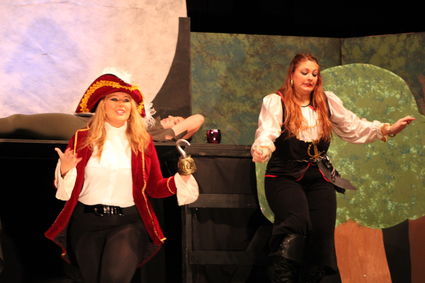 Summerland one-act cast and crew presented Peter Pan, Dec. 1, in Newcastle, competing in the Class C2-3 district contest. The Bobcats finished sixth, receiving rankings of fourth, seventh and seventh from the three-judge panel. The team received 149 of 180 rating points. Three performers received acting honors, including Adrienne Parker as Wendy; Madison Melcher, Captain Hook and Olga Mendoza, Tootles. Coach Julie Harley said Mendoza had one practice as Tootles. "I called her Sunday night after I found out our original Tootles was going to be quarantined. Mendoza and the other lost boys Fac...