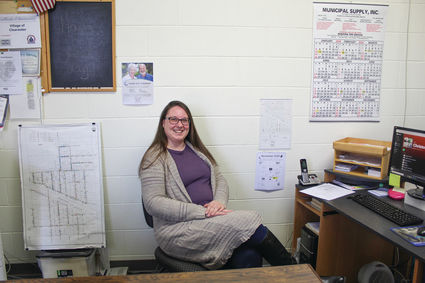 Angie Hupp has held a variety of jobs before, but had never served as a village clerk – until now.

The 39-year-old took over as the Clearwater village clerk on Oct. 19, a week after she was hired via phone during a meeting of the five-member village board of trustees.

"Honestly, it's been a pretty easy transition into being the village clerk," Hupp said. "There's a lot to learn, but it gets spread out because so much is only done once a month/quarter/year."

Hupp replaced Tina Snider, who had served as the village clerk for the past 10 years.

"She's staying on for a while to teach me the r...