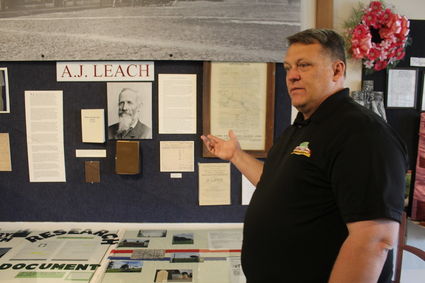 Ron Westlake's interest in history has led him to start a new chapter in his story.

The Norfolk man became the new part-time curator of the Antelope County Museum in Neligh on Aug. 1, replacing Pat Kenaston.

"I have helped out at the museum in the past and was impressed with the organization," Westlake said.

He said he has enjoyed meeting new people and searching the museum's collections since he took over as the curator.

The organization features numerous displays and research archives specific to the history of the county and each of its communities.

"The museum has something for everyone...