'Monster' likely to spend rest of life in prison 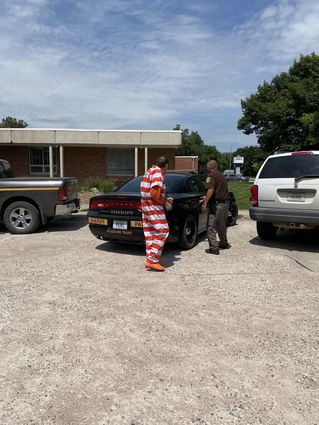 Sentenced • An Antelope County Sheriff's officer escorts Roger Stuckwisch, of Tilden, to a county police cruise, in August, following a convicton on six counts of sexual assault of a child and child abuse. On Oct. 27, Stuckwisch was sentenced, by Judge Mark Johnson, in Antelope County District Court.

"You say you are not a monster. You are wrong. You are."

Those were words the Honorable Mark Johnson had for Roger D. Stuckwisch in the Antelope County district courtroom last Wednesday morning, before he passed sentence on the former Tilden resident who was convicted of six crimes in a sexual assault case with victims as young as four years of age.