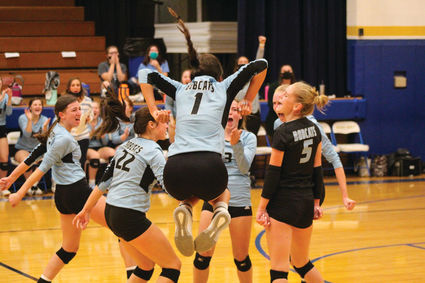 The Bobcat volleyball team saw an early lead evaporate in the first set of the conference championship match, against CWC, Friday, and could never rebound, falling 20-25, 24-26 and 14-25.

Summerland had defeated Elkhorn Valley in three sets, Tuesday, to advance to the finale, played in Atkinson. In the semifinal, Wagner pounded 17 kills and Kyra Nilson finished with 31 set assists.

On Monday, Oct. 25, Summerland defeated Neligh-Oakdale, in three sets, in the first round of the Cla...