Roll-out will occur in phases 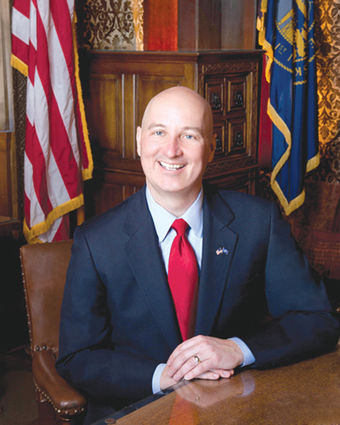 Front-line health care workers and individuals with underlying health conditions will be the first Nebraskans to receive a coronavirus vaccine, once approved.

Gov. Pete Ricketts announced, during a Monday press conference, the state's vaccination plan was submitted to the federal government prior to the Oct. 16 federal deadline.

"Part of the planning includes an efficient distribution network for the vaccine so as quickly as the vaccine arrives, they can get into the arms of Nebraskans," said Angie Ling, Nebraska Department of Health and Human Services incident commander.

According to Nebraska's plan, distribution will be introduced in phases, "anticipating different levels of vaccine availability."

Under the state's plan, essential workers, like first responders and emergency service personnel, school staff, food processors and correction facility staff and other vulnerable populations, including the homeless, college students, and incarcerated individuals will receive the vaccine under Phase 1-B.

The general population will be able to receive the vaccine during Phase 2, which will be offered at doctor's offices, pharmacies, urgent care sites and mobile clinics.

"As supply increases, more people will be able to receive vaccines and more providers will have access to order and administer the products," Ling said.

The CDC has provided updates to DHHS as they receive information. The state submitted its plan in draft form.

"It changes every time we get new information. They have provided feedback. We're pretty much on track," Weburg-Bryce said.

It is unknown how or when vaccines will be allocated to states.

"We're not expecting to see the first vaccines - and several are in trials now - until the end of this year or early next year," Ricketts said.

DHHS has not received notification of an expected arrival date for the vaccine.

"Our goal is to ensure fair and equitable access and distribute the vaccine in a way that provides the most protection for Nebraskans as quickly as possible," Ling said.

The governor is not planning to mandate vaccines.

"We think this is something people should adopt," Ricketts said, noting the federal government is educating people about the safety of the vaccine. "It will be voluntary."

Weburg-Bryce said, "When the vaccine first comes out, it's going to be limited. We need to make sure that those health care providers are vaccinated first," she said.

The vaccine, which has been secured by the federal government, will be free.

Weburg-Bryce acknowledged an administrative charge could be applied, depending on the type of facility administering the vaccine.

"We don't know the mechanisms for that yet. Those are still under construction by the federal government."

When asked for suggestions to offer individuals hesitant to receive the vaccine, Weburg-Bryce said she understands concerns and hope it opens a respectful dialogue with medical personnel.

"We want to look at the science and what's best for Nebraskans. Those are conversations that need to take place between a patient and their provider," she said.