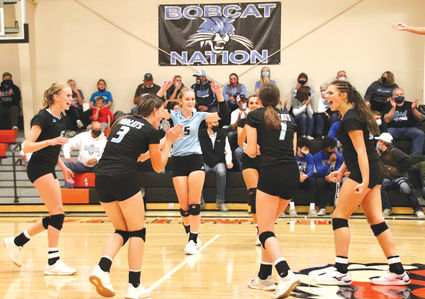 The Lady Bobcats downed Neligh-Oakdale, Monday, during the second round of the Niobrara Valley Conference volleyball tournament.

The Lady Warriors were pushed to five sets by West Holt, earlier in the evening.

Coach Rachael Cheatum said, "They executed the offense, played great defense and were effective at the net."

The Falcons advance after earning a forf...