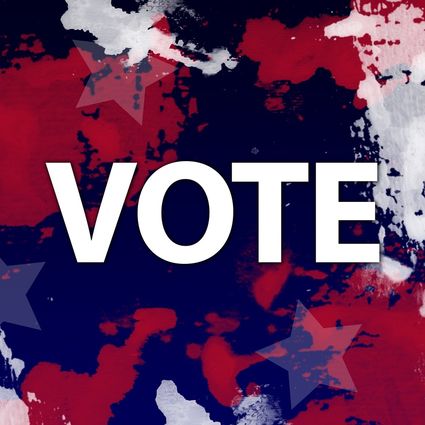 Local races in the 2020 general election may pique voters' attention this year.

Holt County voters have until Friday, Oct. 23, at 6 p.m., to request ballots by mail or fax a request to vote early in this year's election.

Individuals may request a ballot in person by Nov. 2, at 5 p.m., at the Holt County Clerk's office in O'Neill.

All early voting ballots must be received by the county clerk's office by 8 p.m., Tuesday, Nov. 3. Ballots may be delivered via mail, in person or placed in the courthouse's dropbox.

Pavel said, "We are always looking for poll workers and we do have some who do not feel comfortable working again in the General (election."

Masks and sanitzers will be available for voters at each site. Poll workrs will have access to masks, sanitizer, gloves and face shields.

In addition to national races, voters will have an opportunity to cast voters in state and local races.

James Ramold and Dustin Wright, both incumbents, have filed for a four-year term on Ewing's Village Board of Trustees. Two seats will be open.

At the county level, district four residents will elect a supervisor. Scott Keyes appears on the ballot after winning the Republican primary.

The district two ticket includes Dustin Breiner, who advances from the May primary.

In district six, supervisor Darrin Paxton appears on the ballot.

One term is open on the Holt County Weed Control Autority. Kevin DeKay appears on the ballot.

Lower Niobrara Natural Resources District patrons will select a director for subdistrict 6. Brian A. Kaczor is running for office.

Upper Elkhorn Natural Resources District will select directors in several subdistricts. Gary L. Bartak will appear on the ballot in subdistrict four and in district five, Dennis L. Bridge and Cody A. Frank are running for one spot.

David Hoefer is running for a seat on the Elkhorn Rural Public Powr District board of directors for subdistrict three.

Subdivision two of the Nebraska Public Power District includes two names for the board, including incumbent Barry Dekay and Aaron Troester. One spot is available.

Tim Lambert, of rural Ewing, appears on the ballot for a district two seat on the Educational Service Unit 8 board of directors.

Statewide elections include a seat in the 3rd Congressional district and a U.S. Senate appointment.