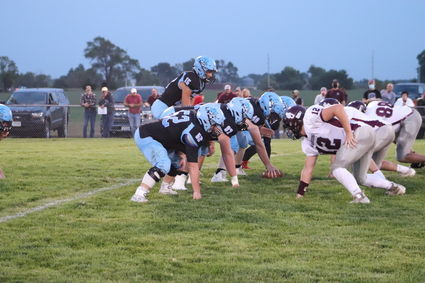 The Bobcats struck first when Dalton Rotherham intercepted an Aiden Kuester pass and ran 30 yards for a quick six.

Trevor Thomson scooted in for the PAT, giving Summerland an 8-0 lead.

Kuester answered with a 20-yard run of his own, and when Conor Dempsey tiptoed into the end zone, the Warriors evened the score at eight apiece.

Julien Hearn added a 50-yard punt return for six and Kuester ran in the PAT, giving N-O a 16-8 lead.